Only once in your life, I truly believe, you find someone who can completely turn your world around. You tell them things that you’ve never shared with another soul and they absorb everything you say and actually want to hear more. You share hopes for the future, dreams that will never come true, goals that were never achieved and the many disappointments life has thrown at you. When something wonderful happens, you can’t wait to tell them about it, knowing they will share in your excitement. They are not embarrassed to cry with you when you are hurting or laugh with you when you make a fool of yourself. Never do they hurt your feelings or make you feel like you are not good enough, but rather they build you up and show you the things about yourself that make you special and even beautiful. There is never any pressure, jealousy or competition but only a quiet calmness when they are around. You can be yourself and not worry about what they will think of you because they love you for who you are. The things that seem insignificant to most people such as a note, song or walk become invaluable treasures kept safe in your heart to cherish forever. Memories of your childhood come back and are so clear and vivid it’s like being young again. Colours seem brighter and more brilliant. Laughter seems part of daily life where before it was infrequent or didn’t exist at all. A phone call or two during the day helps to get you through a long day’s work and always brings a smile to your face. In their presence, there’s no need for continuous conversation, but you find you’re quite content in just having them nearby. Things that never interested you before become fascinating because you know they are important to this person who is so special to you. You think of this person on every occasion and in everything you do. Simple things bring them to mind like a pale blue sky, gentle wind or even a storm cloud on the horizon. You open your heart knowing that there’s a chance it may be broken one day and in opening your heart, you experience a love and joy that you never dreamed possible. You find that being vulnerable is the only way to allow your heart to feel true pleasure that’s so real it scares you. You find strength in knowing you have a true friend and possibly a soul mate who will remain loyal to the end. Life seems completely different, exciting and worthwhile. Your only hope and security is in knowing that they are a part of your life.

How much ours life on earth

The ozone layer is a belt of naturally occurring ozone gas that sits 9.3 to 18.6 miles (15 to 30 kilometers) above Earth and serves as a shield from the harmful ultraviolet B radiation emitted by the sun.

Ozone is a highly reactive molecule that contains three oxygen atoms. It is constantly being formed and broken down in the high atmosphere, 6.2 to 31 miles (10 to 50 kilometers) above Earth, in the region called the stratosphere.

Today, there is widespread concern that the ozone layer is deteriorating due to the release of pollution containing the chemicals chlorine and bromine. Such deterioration allows large amounts of ultraviolet B rays to reach Earth, which can cause skin cancer and cataracts in humans and harm animals as well.

Extra ultraviolet B radiation reaching Earth also inhibits the reproductive cycle of phytoplankton, single-celled organisms such as algae that make up the bottom rung of the food chain. Biologists fear that reductions in phytoplankton populations will in turn lower the populations of other animals. Researchers also have documented changes in the reproductive rates of young fish, shrimp, and crabs as well as frogs and salamanders exposed to excess ultraviolet B.

Chlorofluorocarbons (CFCs), chemicals found mainly in spray aerosols heavily used by industrialized nations for much of the past 50 years, are the primary culprits in ozone layer breakdown. When CFCs reach the upper atmosphere, they are exposed to ultraviolet rays, which causes them to break down into substances that include chlorine. The chlorine reacts with the oxygen atoms in ozone and rips apart the ozone molecule.

The ozone layer above the Antarctic has been particularly impacted by pollution since the mid-1980s. This region’s low temperatures speed up the conversion of CFCs to chlorine. In the southern spring and summer, when the sun shines for long periods of the day, chlorine reacts with ultraviolet rays, destroying ozone on a massive scale, up to 65 percent. This is what some people erroneously refer to as the “ozone hole.” In other regions, the ozone layer has deteriorated by about 20 percent.

About 90 percent of CFCs currently in the atmosphere were emitted by industrialized countries in the Northern Hemisphere, including the United States and Europe. These countries banned CFCs by 1996, and the amount of chlorine in the atmosphere is falling now. But scientists estimate it will take another 50 years for chlorine levels to return to their natural levels.

Raising kids not ever easy… :P 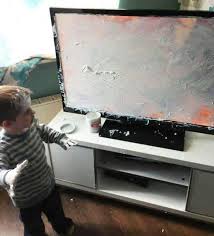 May your world be filled with warmth and good cheer this Holy season, and throughout the year! Wish your Christmas be filled with peace and love. Merry Xmas.

Raising kids not ever easy… :P

Raising kids not ever easy…. :P 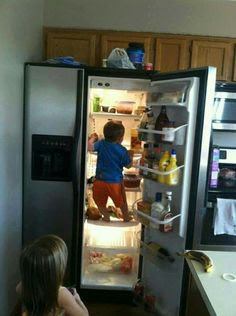